HomeSportsBopanna-Middelkoop suffer heartbreaking defeat to bow out of French Open

Bopanna-Middelkoop suffer heartbreaking defeat to bow out of French Open 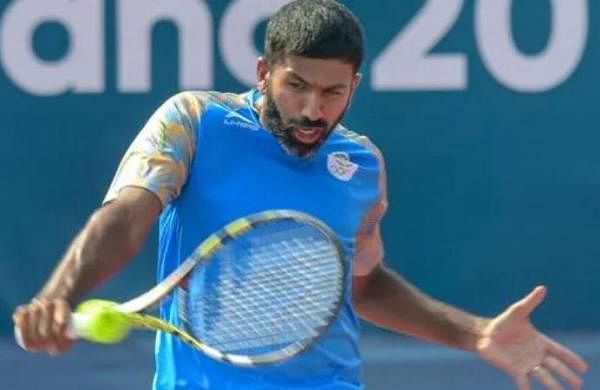 PARIS: India’s Rohan Bopanna and his Dutch partner Matwé Middelkoop saved two match points but their dream run at the French Open ended with a semifinal defeat at the hands of Marcelo Arevalo and Jean-Julien Rojer, here on Thursday.

The 16th seeds, Bopanna and Middelkoop, who have played some exhilarating tennis, lost 6-4 3-6 6-7 (8-10) to the 12th seeded pair from El Salvador and the Netherlands in the men’s doubles match that lasted two hours and seven minutes.

No Indian has played in a Grand Slam men’s doubles final since Leander Paes’ 2013 US Open triumph and Bopanna was bidding to become the first Indian in nine years to achieve the feat.

The first and last time Bopanna featured in a Grand Slam final was in 2010 with Pakistani partner Aisam-ul-haq Quereshi, losing the title clash to legendary Bryan brothers — Bob and Mike.

Rojer’s first serve accuracy was a huge factor in the outcome of the match.

While serving for the opening set, Middelkoop was down by two break chances but saved both to make it deuce.

The Dutch player then fired an ace to get to advantage point and Bopanna sealed the set with a backhand volley winner.

Bopanna sent forehand on net at 30-all to face a break point but served big to save that.

The Indian’s second serve was attacked again in the sixth game that resulted in him facing another break chance but saved that too.

He sealed that game with a stunning cross-court forehand winner that passed Rojer, who was standing in the middle of the court.

The Indo-Dutch pair too earned a break chance when Bopanna found a service return winner off Rojer but their opponents saved it.

The 12th seeds though did not miss the crucial chance in the eighth game as they broke Middelkoop for a 5-3 lead.

Arevalo served out the set at love to force a decider.

There was no break of serve in the deciding set and Super tie-breaker was required to decide the winner.

Bopanna and Middelkoop fell behind 2-5 with the Indian making three errors — first an overhead smash, a forehand return error and then a backhand return.

Bopanna and Middelkoop logged four straight points from 2-7 to make it a close affair and even saved two match points but Arevalo converted the third.

With this defeat, India’s challenge ended at the clay-court major.