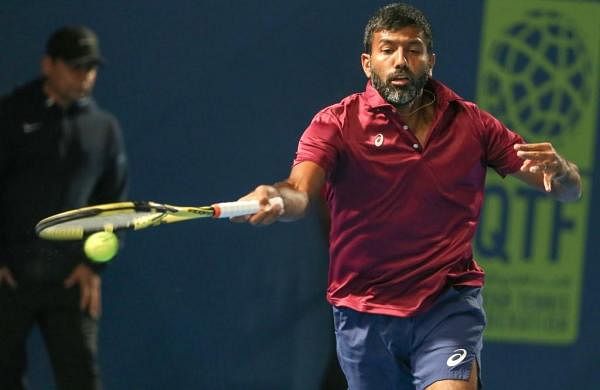 PARIS: India’s Rohan Bopanna and his Dutch partner Matwe Middelkoop marched into the pre-quarterfinals of the French Open men’s doubles event with a straight set win over Andrey Golubev and Fabrice Martin here on Thursday.

Bopanna and Middelkoop won the second round with a 6-3 6-4 scoreline against their opponents in one hour and six minutes.

The Indo-Dutch combo, seeded 16th, broke the from Kazakhstan-French pair at 4-4 in the second set and then Middelkoop served out the match at love.

Later in the day, Ramkumar Ramanathan and Sania Mirza will be in action in their respective doubles events.

Share
Facebook
Twitter
Pinterest
WhatsApp
Html code here! Replace this with any non empty raw html code and that's it.
Previous articleJio data plans: Jio has a fantastic recharge plan for just Rs 15, get the benefit of high-speed data – News
Next articleiPhone Offers: iPhone 12 and iPhone 13 will be yours for half price, buy from this site, see the deal – News
AUTO
Auto