HomeAutoBooking of new Maruti Brezza started, just book your car in this...

Booking of new Maruti Brezza started, just book your car in this – News 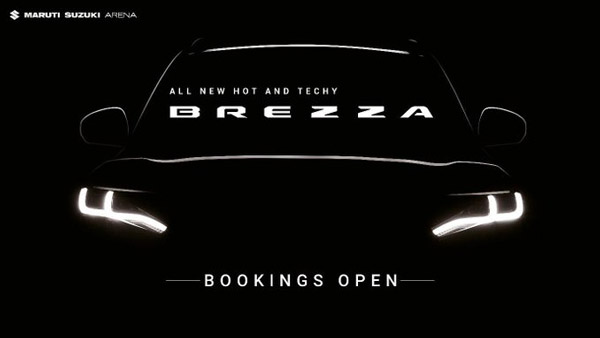 Each unit of the headlight also gets twin integrated LED daytime running lights which are in L-shape. At the same time, the big logo of Suzuki has been given in the front grille. LED tail lights have been given in the tail section of the car, which is in smoked out color in arrow design.

Coming to the engine, the new Brezza will be powered by a 1.5-litre, K12C petrol engine. This engine produces 103 bhp power and 138 newton meter torque. Transmission options will include a 5-speed manual gearbox and a new 6-speed automatic unit.

Recently, pictures of the Maruti Brezza facelift were revealed, which revealed that the option of dual tone roof will also be given in it. The Brezza will now come with 16-inch dual tone alloy wheels, which can only be seen on the top model. Overall, the new Maruti Brezza will be offered with a more attractive and muscular look than before.

The new Maruti Brezza will be based on the same platform from the old Brezza on which the Urban Cruiser has also been built. Maruti may also improve the safety rating of the new Brezza. It is believed that it can get a 5-star safety rating. Currently, Brezza is the only car in Maruti’s portfolio that comes with a 4-star Global NCAP safety rating.

Maruti Suzuki India dispatched 2.33 lakh cars in the last financial year (2021-22) with the help of the Indian Railways network. The company has been using the freight service of Indian Railways for dispatch of its vehicles since last 8 years. The company says that it is also reducing carbon emissions by using railway freight.

According to the company, if it had dispatched so many cars by truck, the trucks would have made more than 1.56 lakh trips. At the same time, 17.40 crore liters of diesel would have been consumed during this period. Maruti said that it is also reducing the emission of greenhouse gases by the service of railways. Maruti Suzuki has dispatched 11 lakh cars from Railways in the last 8 years, which has reduced carbon emissions by 4,800 million tonnes.