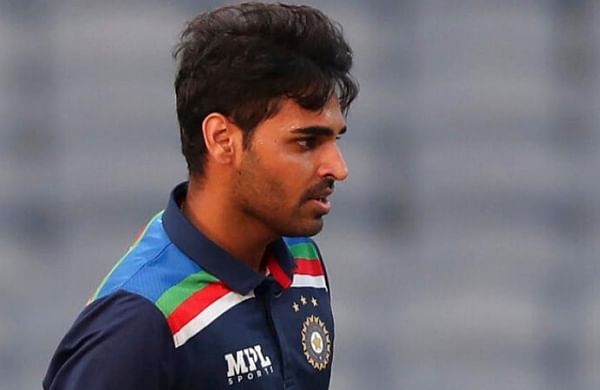 CHENNAI: Australian pace legend Glenn McGrath who is in the city to coach his wards at the MRF Pace Foundation along with chief coach M Senthilnathan is pleased with the way Indian fast bowlers bowled against South Africa. He is particularly happy for Bhuvneshwar Kumar who hit the deck in the right areas at a lively pace and extracted good bounce from the surface.

“It is good to know Bhuvneshwar Kumar is bowling well against South Africa. Bhuvi has always done well in Australia. He is a quality bowler, gets movement and deceptive pace. His experience will stand him in good stead when he comes to Australia in the World Cup,” complimented McGrath.

Hardik Pandya made a comeback as an all-rounder and led Gujarat to his maiden IPL crown was in his element in the league. He is also named as the captain for the two-match T20I series in Ireland, but his bowling was not up to the mark against South Africa. In the first T20I, he bowled one over and gave away 18 runs. In the second game, his three overs cost 31 runs. In the third, which India won, he was not given a chance to bowl.

“Being the only all-rounder in the side, if does not bowl, it will certainly affect the balance. Many former players believe that Hardik is trying to bowl quick, having just come off a long layoff due to injury. In the IPL, he was the captain and thus could bowl according to his plans. However, while playing for India, he might have to adapt and be more useful with the ball.”

“A lot of coaches think that bowling quick is important. To just run and bowl as quickly as you can is not the end of all. Bowling in good areas and the ability to swing the ball is important. Hardik has got so much experience now . He knows what he needs to do. He is a quality all-rounder, quality hitter. Some games go well, others don’t. He knows what he needs to do,” opined McGrath, insisting that Hardik will excel as a bowler too shortly.

Captaining the country is the dream of every player, Rishabh Pant leading India in the absence of Rohit Sharma had not been leading by example. At Visakhapatnam, he threw away his wicket.

“I won’t say he (Pant) threw away his wicket. It is about the experience as well. He is an entertainer. Pant has to work out a way which is best for him. The culture is set at the top, you need to have a strong leader who can lead from the front. It (South Africa series) is a good learning experience as well for Pant,” he said.

Virat Kohli and Rohit Sharma, two of India’s leading giants, have been rested for the series against South Africa to recoup mentally and physically from their poor show in the IPL. Both failed to live up to their tall standards in the IPL and it is a cause for worry for India going into the T20 world cup to be played in Australia.

“Both have the experience and are quality players who will come back to their scoring ways. In the shortest format of the game, it is all about shot selection and good practice of aerial shots. I am confident that they will bounce back,” said the Director of the MRF Pace Foundation.

Joe Root, who rose to No 1 in Test rankings on Wednesday, is also the second English cricketer to complete 10,000 runs in Test cricket. The debate raging now among cricketers the world over is whether Root can surpass Sachin Tendulkar’s world record tally of 15921 runs. Glenn McGrath, who played for a major part of his career against the likes of Sachin Tendulkar and Brian Lara, knows the value of runs at the highest level.

He believes that if Root plays the way he is doing now and stays consistent the former England captain stood a chance to go past Tendulkar’s record. “He (Root) is a quality player and if he continues the way he has been playing he has a very good chance to get past the record (Tendulkar’s),” said McGrath.

But some former players argue that Root must stay injury free for the next four to five years and score consistently in order to have a crack at Tendulkar’s record. “Root is a batsman not a bowler. Bowlers are more prone to injury, as a batsman, I think he can manage to stay injury free,” said McGrath.

South Africa led by Temba Bavuma are leading the T20 series 2-1. If one looks at the history of South Africa they have always done well in all bilateral series, but when it comes to the ICC tournaments they somehow fumble.