Bhool Bhulaiyaa 2: Sometimes by bike and sometimes by auto rickshaw, Kartik Aryan reached theaters to see the love of fans 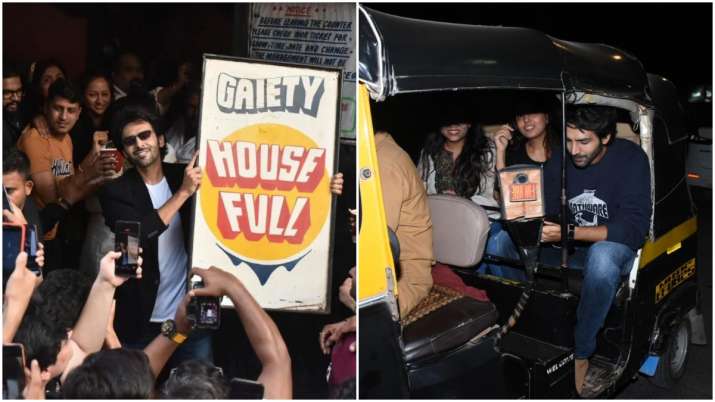 In such a situation, Karthik Aryan is very excited for the kind of love his film is getting. Meanwhile, Karthik reached the famous Getty Galaxy Cinema in Mumbai on Sunday evening to see the response of the film live and there the show of his family entertainer film was housefull. Seeing his superstar Karthik here, his fans surrounded him.

After this visit, Kartik went to Juhu, where he held a screening for family friends and also for the paparazzi and their family. Not only this, Karthik met here most personally and after that he went straight to Gaiety Cinema of Branda to meet his fans.

Kartik has his upcoming projects which include Captain India, Freddy and Sajid Nadiadwala’s next.