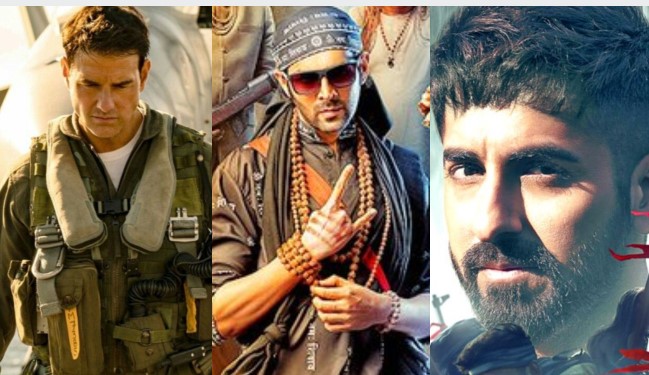 Bhool Bhulaiyaa 2 Box Office Collection: Kartik Aaryan (Kartik Aaryan), Kiara Advani (Kiara Advani) and Tabu (Tabu) horror-comedy film ‘Bhool Bhulaiya 2’ has been very much liked by the audience since its release. The film has broken many records at the box office and has beaten Kangana Ranaut starrer ‘Dhaakad’ which released with it.

Not only this, but the film has also surpassed the recently released ‘Anek’ of Ayushmann Khurrana and Tom Cruise’s ‘Top Gun Maverick’. If we talk about ‘Bhool Bhulaiyaa 2’, then it still remains the first choice of the people. On its second Saturday, the film has joined the club of 100 crores collecting 11.35 crores.

Coming to ‘Top Gun Maverick’, the film showed a growth of around 80 per cent on Saturday and earned Rs 4.5 crore, which is obviously a big relief for the exhibitors and distributors. On the other hand, Ayushmann starrer socio-political action drama was disappointing and did not grow much on Saturday. This has become Ayushmann’s second film after ‘Chandigarh Kare Aashiqui’ to have a low opening weekend collection.

Meanwhile, trade analyst Taran Adarsh ​​tweeted the record-breaking achievement of ‘Bhool Bhulaiyaa 2’, writing, “Bhool Bhulaiyaa 2 is on a winning streak, continues to be the first choice for movie watchers.” Directed by Anees Bazmee, the film collected 6.52 crores on the second Friday of release, 11.35 crores on Saturday, with which the net collection of the film has been 109.92 crores. With this the film has crossed the 100 crore mark.

Jacqueline Fernandez gets relief from court, gets permission to go abroad for IIFA Awards

Commenting on Samantha, said ‘the dog will die alone with the cats’, got such an answer, it stopped talking