HomeEntertainmentBharti Singh got into trouble by making fun of beard and mustache,...

Bharti Singh got into trouble by making fun of beard and mustache, even after apologizing, a case was filed against the comedian 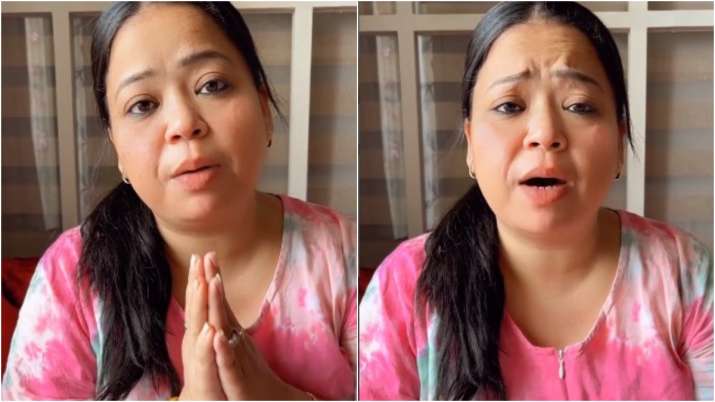 Bharti Singh: An old video of famous comedian Bharti Singh has become a new problem for him. A video of Bharti Singh is going viral in which she is making fun of beard and mustache. After this video went viral, many people have accused him of hurting religious sentiments. People claimed that the jokes Bharti made were derogatory to the Sikh community. Now Bharti Singh has given a new reaction on this.

Responding to all those claims in a new post, Bharti clarified that she did not intend to hurt any community. At the same time, he also apologized for this and requested everyone not to misunderstand his words.

After facing protests from the public, Bharti shared a video message on her Instagram handle. He said, “There is a video which is going viral from last 3 to 4 days, in which it is being claimed that I have made fun of ‘beard mustache’. I have watched the video again and again and asked people to watch it too. Because I have not said anything against any religion or caste. I have not mentioned any religion or made fun of any Punjabi.”

In her video Bharti Singh said, “I was doing comedy with my friend but if it has hurt the sentiments of any section, I apologize with folded hands. I am a Punjabi myself, I was born in Amritsar. And I have always respected her. I am proud to be a Punjabi.”

Sharing the video, in the caption, Bharti asked people to forgive them for hurting their sentiments. She wrote, “I do comedy to make people happy and not to hurt anyone’s heart. If I have hurt any thing, then forgive your sister.

On the other hand, taking cognizance of this video, SGPC has lodged an FIR against him on Monday. A case has been registered against Bharti Singh under section 295-A of the IPC at Thane police station.

ED summons Mohanlal to appear, there is a case of antique piece dealing

Andrew Symonds Death: From Bollywood to the cricket world, everyone’s eyes were moist on the death of Andrew Symonds