HomeTech and GadgetsAvtotor will resume car production, but not for long. The company will...

Avtotor will resume car production, but not for long. The company will “finish” on the remains of car kits that were in Europe – News 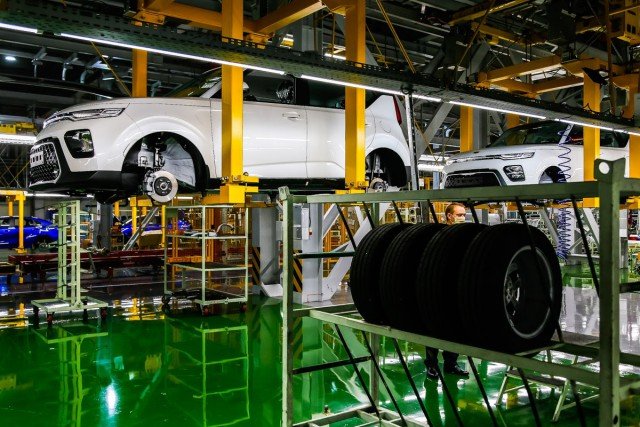 The governor of the Kaliningrad region, Anton Alikhanov, said that the Russian automobile holding Avtotor will resume car assembly after the delivery of components to the plant. But we are not talking about rhythmic deliveries and, accordingly, a full-fledged launch of production.

“Not so long ago we found a solution for containers [с комплектующими]which were brought from Europe, which were temporarily stuck there. Now these containers are being delivered, and they, Avtotor, will come out, return, and finalize them on the remnants that have so far been in Europe.”– said Anton Alikhanov.

From May 1 to May 22, the team of Avtotor enterprises went on a corporate vacation. For this period, the divisions that support the life support of the production infrastructure of the plant, manage the construction and equipping of new production facilities, as well as those involved in the implementation of the project to create the production of electric vehicles, continued to operate as usual. The company did not announce the resumption of car production after May 22. Hyundai, Kia and BMW cars were produced at the company’s plant. And it is not yet clear what brand of containers with components we are talking about. Most likely, the assembly of cars of Korean brands will resume.

Share
Facebook
Twitter
Pinterest
WhatsApp
Html code here! Replace this with any non empty raw html code and that's it.
Previous articleTemple Priest Hacked To Death In TN | Nation
Next articleScientists have reached that ‘treasure’ from where black holes come out, the mystery of our galaxy will be solved! – News
AUTO
Auto