HomeEntertainmentAutumn Road Trailer Invites You Into a Haunted House Run by Spooky... 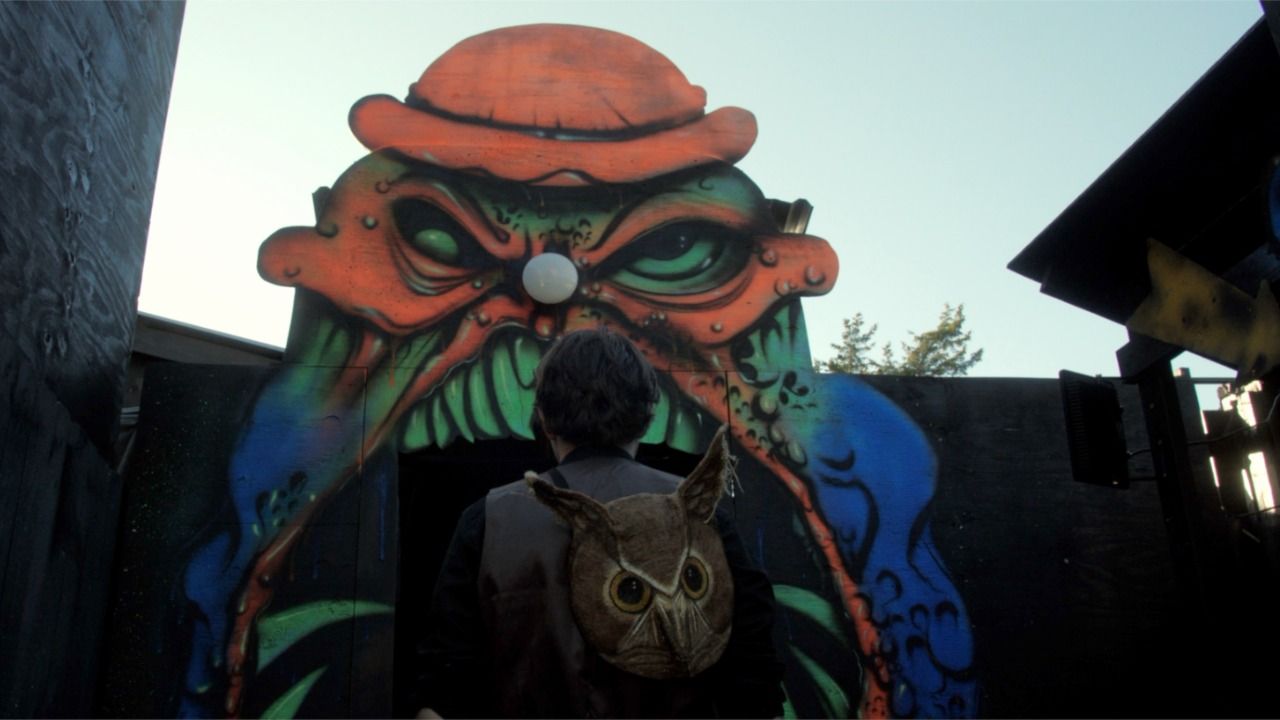 Gravitas Ventures and The Last Motel have announced Autumn Road is now available to watch on VOD. The Halloween-flavored horror drama follows a young woman who returns to her hometown ten years after her sister vanished trick-or-treating and becomes wrapped up with two brothers who run a haunted house. You can check out the official trailer below.

Riley Cusick, who previously directed a number of shorts and appeared as an actor in Chelsea Stardust’s Satanic Panic and Joe Begos’ VFW, makes his feature directorial debut in Autumn Road and headlines as twins Charlie and Vincent. He is joined onscreen by a cast including Lorelei Linklater (Boyhood, Bomb City), Justin Meeks (Kill or Be Killed, Butcher Boys) and Lar Park Lincoln (Friday the 13th Part VII: The New Blood).

The synopsis reads, “10 years after a young girl goes missing on Halloween night, her grief-ridden sister returns to their hometown to make peace with her unresolved past. Along the way she becomes entangled with two idiosyncratic identical twins from her childhood who now run the town’s roadside haunted house. With nowhere else to go, she is drawn deeper and deeper into their world of scares, secrets, and enchanting house of horrors.

While one twin pulls her closer, the other’s threats and scare tactics escalate to a breaking point where he must decide what lines he’s willing to cross. At the same time, her connection with her sister is growing as she starts to unearth new information about who she was and what happened that night all those years ago. The three haunted souls soon find themselves on a melancholic journey for truth set against the backdrop of an approaching Halloween season and the anniversary of her sister’s disappearance.”

“I really wanted to play the two parts,” Riley Cusick said of portraying the twins, via D Magazine. “It was fun to explore that duality. One was externalizing, and one was internalizing everything from our past. They just don’t know how to quite move on, so they have their own quirks and oddities.”

“I certainly came out of this with a great appreciation for haunted houses, and all the artistry that they put into those things. It really is a medium of its own,” he also said of the primary shooting location of the Graystone Haunted Manor in Texas. “They have all these stories and characters that they’re committed to. It’s much more thought-out than some people might appreciate.”

He added, “We didn’t want it to be a pandemic movie. We didn’t want to make something that felt small. We wanted to take a big swing, so we did something that had the big location, the dual-twin effect, and we had special effects. We had a big cast, but we still stuck to protocol.”

Autumn Road is now available across North America on various digital and cable platforms including iTunes, Amazon, Vudu, Google Play, Comcast, Dish, and Shaw. If you’re looking to keep the Halloween party going after the holiday passed at the end of last month, one good way to do so is to watch more Halloween-themed horror movies like Autumn Road.

Groo the Wanderer Animated Series and Movie are Coming

MAD artist Sergio Aragonés’ Groo the Wanderer is getting an animated series and movie.

Jeremy Dick has been writing for MovieWeb and Horror Geek Life for years, is the self-proclaimed biggest fan of Bob Saget, and doesn’t particularly like talking about himself in the third person.