HomeAutoAssembly of Ural motorcycles in Kazakhstan starts in June - News

Assembly of Ural motorcycles in Kazakhstan starts in June – News 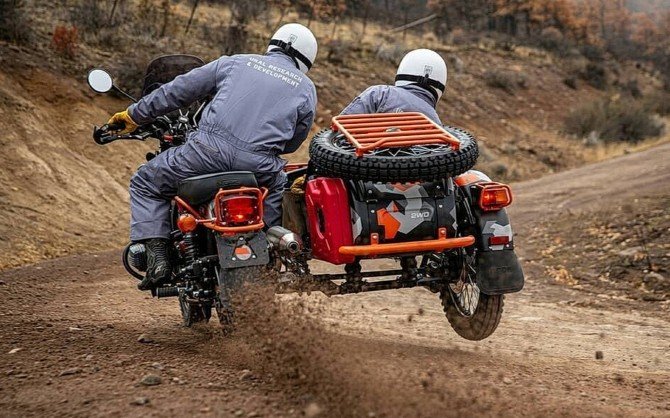 The rumor that Ural motorcycles would be assembled in Kazakhstan appeared at the end of April. Then they began to say that the company was allegedly going to leave Russia, but very quickly these data were refuted. Now it has become known exactly when the production of Urals will start outside of Russia.

According to the analytical agency Avtostat, the launch of the production of Ural motorcycles in Petropavlovsk is scheduled for June 2022. This was reported in the Ministry of Industry and Infrastructure Development of Kazakhstan, adding that at the initial stage, SKD assembly will be organized with the creation of 25 jobs. In the future, the level of localization of production is planned to increase.

As the executive director of Ural Motorcycles, Vladimir Kurmachev, said earlier, Kazakhstan will assemble motorcycles for countries where it is impossible to supply equipment from Russia today. The vast majority of Ural motorcycles go to the USA, the European Union, Canada, Australia and Japan, with the USA being the main sales market – the company has several dealers in almost every state.

Frames and body elements for motorcycles assembled in Kazakhstan will be manufactured in Irbit (Sverdlovsk region) at the company’s head plant. He will continue to produce motorcycles for the domestic market. At the same time, there are no plans to significantly reduce the staff of the enterprise in Irbit, which currently employs about 120 people.