HomeTech and GadgetsAssemble a PC "without cables". Gigabyte introduced Stealth components, including a graphics...

Assemble a PC “without cables”. Gigabyte introduced Stealth components, including a graphics card with an atypical power connector layout – News 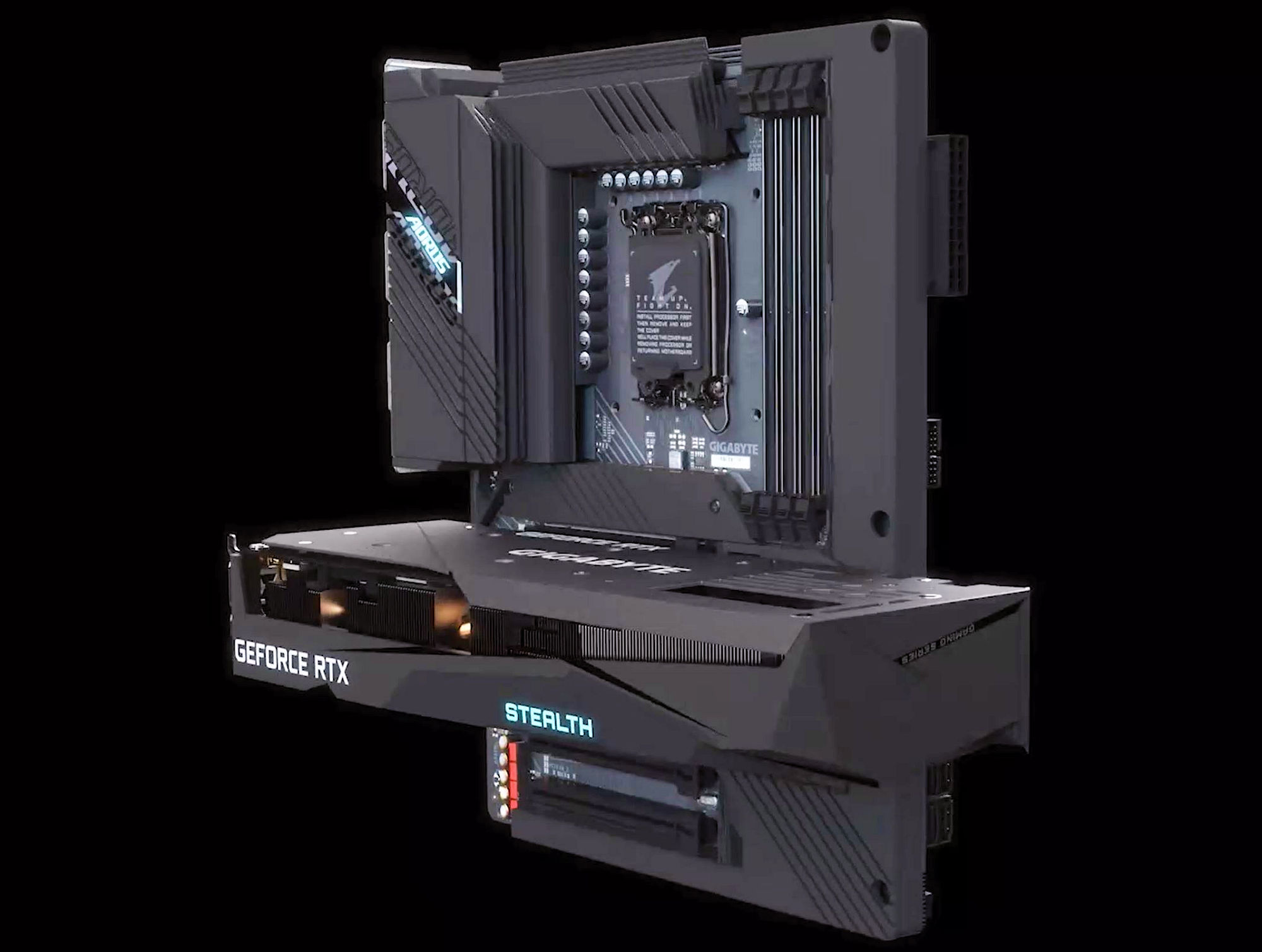 Gigabyte has announced a partnership with Maingear, creating new products as part of this collaboration.

In general, the result of the cooperation was the PC Aorus Project Stealth. Apparently, Gigabyte was responsible for the Z690 Aorus Elite Stealth motherboard, the GeForce RTX 3070 Gaming OC Stealth graphics card, and the Aorus C300G Stealth chassis in this case.

The main idea of ​​the project is to create a PC that is easy to build, which at the same time will look unique in its own way due to certain basic features of the components. It’s about cable management.

The system is designed in such a way that all the connectors on the system board are located on the back of it. This allows you to hide the cables and make the interior of the computer as minimalistic as possible.

One of the unique features went to the video card. To implement the main idea, Gigabyte engineers moved the adapter’s power connectors to the bottom of the adapter, so that the video card’s power cables will also not be visible.

From the press release it is not very clear, but, apparently, Meingear will sell ready-made PCs based on these components, offering to choose only the amount of RAM and drives. Gigabyte, apparently, will sell the components separately as well.

Share
Facebook
Twitter
Pinterest
WhatsApp
Html code here! Replace this with any non empty raw html code and that's it.
Previous articleThe first “digital” child was registered in Russia. In “Gosuslugi” there was an opportunity to register a newborn – News
Next articleCanada provides additional financial support to Ukraine
AUTO
Auto