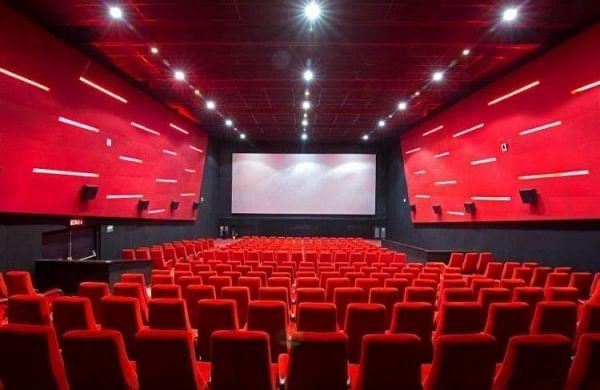 GUWAHATI: After becoming a runaway success on the home turf, ‘Local Utpaat (naughtiness)’, an Assamese movie, is all set to spread its charm in other parts of the country.

Having bested nationwide grossers like Ranveer Singh-starrer ‘Jayeshbhai Jordaar’ and ‘Doctor Strange’ in its first week across theaters in Assam, the comedy is now looking for release in several metros across the country.

The team behind ‘Local Utpaat’ is also exploring ways to hold shows in places within the state which do not have theaters.

The film released on May 13 and it’s first week’s collections at the box office are estimated to be about Rs 40 lakh, a record of sorts by Assam’s theater standards.

“It has done the best sales out of all three films. Public demand was so high that number of shows were increased at almost all cinema halls,” distributor Sukanta Paul of Mitali Films said.

“We are set to release ‘Local Utpaat’ in Delhi, Noida, Mumbai, Kharghar, Bangalore and Kolkata on May 27 for one week,” director Kenny Basumatary said here on Saturday.

“Assam still has many places without cinema halls. We are looking at ways to take the film to those places so that people there also can enjoy these fun moments,” he added.

The film revolves around three friends living in the house of a sleepwalking landowner and the set of hilarious events set off after the girlfriend of one of them has a quarreled with her sister.

Characters such as a national-level shooter father, a dealer in body parts, a drunk kidney surgeon and an incompetent gang of gangsters add to the thrill.

The director and his team members appealed to the Assamese diaspora in the metros to help in drawing the crowds to the theaters there.

“Obviously we cannot afford publicity in the metros. We are hoping the Assam associations and groups in those cities will help spread the word,” Kenny said.

He maintained that though there are no subtitles in the film, non-Assamese audience will also be able to enjoy it as the ‘theme and sequences are very relatable’.

“We do have plans to dub it in different languages ​​and release it on OTT platforms later,” the direction added.

“I am truly grateful to the people of Assam for making our film a hit. We were confident it would do well, but the public response has been more than double our expectations,” the actor-director, who had shot to fame with his debut film ‘Local Kung Fu’, said.