HomeEntertainmentAryabhatta, Sundar Pichai have bigger fans than stars and actors put together:... 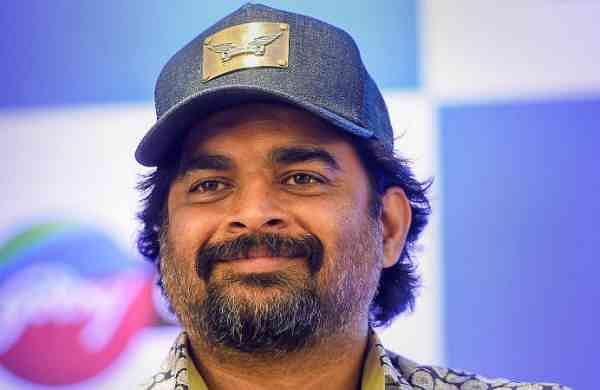 NEW DELHI: Actor R Madhavan on Thursday said Indian cinema has largely neglected extraordinary stories from the science and technology field and its many pioneers, whose followers eclipse the number of fans that movie stars have in the country.

Madhavan, whose directorial debut “Rocketry: The Nambi Effect” is set to have its world premiere at the Cannes Film Market on Thursday, said these pioneers are the people that youngsters look up to.

“From Aryabhatta to Sundar Pichai, we have such extraordinary stories as far as science and technology is concerned. We are not making movies about these people. These people are the aspirations for the youngsters around the world. They have bigger fans than stars and actors put together.

“You have these guys from Uttar Pradesh and Madhya Pradesh that I’ve met who started this new Metaverse, who are into web 3.0. We’re not making movies about such success stories,” Madhavan said.

He was speaking at a panel discussion at the India Forum in Cannes, where he was joined by Union minister Anurag Thakur, filmmaker Shekhar Kapur, lyricist and CBFC chairman Prasoon Joshi and American journalist Scott Roxborough.

Madhvan said that India has a rich history of “great traditions and culture that has been exemplary to the world over”.

“But there’s one aspect of India that is so aspirational today, that we as filmmakers or people talking about India, are completely ignoring and that is the excellence in science and technology.”

The 51-year-old actor-director gave the example of Hollywood filmmaker Christopher Nolan, who is known for his time-bending and often mind-bending movies like “The Prestige”, “Inception” and “Interstellar”.

“When Christopher Nolan makes a film called ‘Inception’ or ‘Interstellar’, the reviewers go there afraid that they hope they get what he’s trying to say because they don’t want to give the review and sound like an idiot. Because they didn’t ‘t get it as they know that it’s a scientist who’s making a movie.

“I still haven’t understood ‘Inception’ till now but I have all the respect for the guy because he has that much knowledge about science. And he’s absolutely unconcerned about the fact that the audience may or may not get it,” he added .

Prasoon Joshi talked about the importance of cultural references as he said that the West needs to understand and decode Indian culture.

“If the world is interested in India, you will start decoding it. We did it with many other cultures. We did it with the Western culture when it came to India. Why can’t that be done by the rest of the world to consume that culture?

“I’m not being nationalistic and saying that every culture actually in the world has something unique to offer. I would hate a world which is standardised.”

Filmmaker Shekhar Kapur said that India will soon become the world’s biggest influence economy due to advancements made in the science and technology sector.

“My next competitor now is no longer another filmmaker. My competitor is this little boy who’s 14 years old, and he has access to broadband and he wants to influence the world. That kid that I’m talking about that is going to talk to the world, will create a tik tok video and it will go viral. Millions and millions of people who watch it…

Delhi-based filmmaker Shaunak Sen’s documentary “All That Breathes” and Pratham Khurana’s short film in Le Cinef (a competition for film schools) are India’s only cinematic representation at the main festival.

The Cannes Film Festival will conclude on May 28.