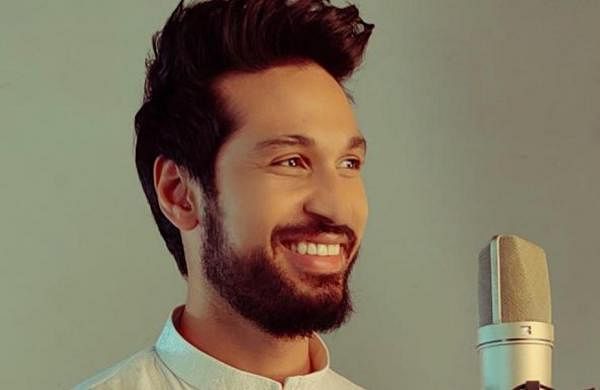 MUMBAI: ‘Baaki Baatein Peene Baad’ hitmaker Arjun Kanungo is set to roll out his debut studio album ‘Industry’ which will feature the Indian rendition of Vaultboy’s ‘Everything Sucks’.

This version is specifically made for India with lyrics in Hindi written by Arjun and Dhruv Yogii, while featuring parts of the original song by Vaultboy.

‘Industry’, an eclectic mix of tracks, ventures into a deeper, more intense side to Arjun’s music, and is touted to be a breakaway from Arjun’s mainstream avatar.

Talking about the album, Arjun Kanungo said in a statement, “I’m really excited about this album because every track on it is distinct and unique. I am so stoked to bring the ambitious Indian rendition of ‘Everything Sucks’ on home turf. The original track has over 100 million plays on Spotify and it feels huge to represent and reimagine this American pop hit.”

Arjun will soon drop ‘Everything Sucks’ along with two other tracks from the album this week including ‘Foto’ where he has collaborated with ‘Bajre Da Sita’ famed singer Rashmeet Kaur and ‘Ishq Samundar’ featuring KING.

While ‘Foto’ is an unconventional track with desi influence, ‘Ishq Samundar’ is the album version of King and Arjun’s pop trance track which will first release on MTV Unwind.

Adding to his statement, Kanungo further said, “With this album, music enthusiasts can expect different sounds and flavors from Bollywood pop with ‘Foto’ to pop trance with ‘Ishq Samundar’. It’s going to be a crazy week and I can’t wait to see how people react to it.”

The songs from the album are set to hit the airwaves this week.

Share
Facebook
Twitter
Pinterest
WhatsApp
Html code here! Replace this with any non empty raw html code and that's it.
Previous articleKolkata’s Killer Policeman Was Suffering From Imaginary Encounter-Phobia | Nation
Next articleNew recruitment in the three services only through Agneepath scheme, what will happen to those who have given the exam earlier? Learn
AUTO
Auto