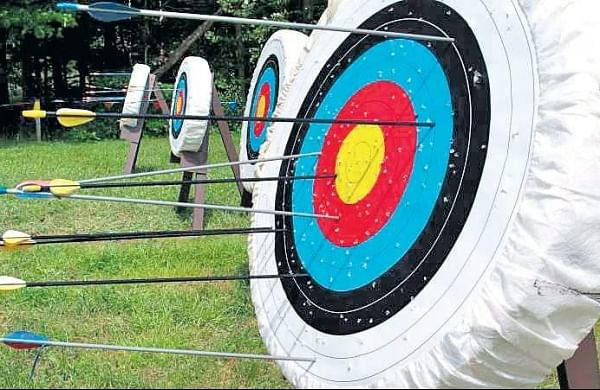 GWANGJU: Indian women archers won a team bronze in the recurve section to take their medal’s tally to three at the World Cup Stage 2 here on Thursday.

Displaying a consistent show, the trio drilled in three perfect 10s and eight 9s from the first 12 arrows to cruise to a 4-0 lead.

Two arrows (8-8) in the inner red circle cost them the third set but they bounced back strongly in the fourth to wrap the issue with one X and five 9s.

It wasn’t as if the top-seeded team shot some great scores but the Indian women choked under pressure.

They were at their inconsistent best and only time they could up their game was in the second set where they had a spectacular show of four 10s including one X and one 9.

But in the fourth set, they misfired an arrow, while another shot in the red-ring (7) snuffed out any chance of a fight, even as the famed Koreans totaled an ordinary 53.

The seventh-seeded men’s team had two 8s in the first set and put up an improved show to win the second but they slipped again and were eliminated with a horror show in the fourth set where they shot twice in the red rings (8-7 ) and once in the blue-ring (6).

On Wednesday, the men’s compound team stormed into the final to assure at least a silver, while the women’s team won a bronze to open their account.

Share
Facebook
Twitter
Pinterest
WhatsApp
Html code here! Replace this with any non empty raw html code and that's it.
Previous articleDefending champion Casper Ruud wins, 3 seeds go out at Geneva Open
Next articleThe spire of the temple under the dome, was hidden from the POP… In the Gyanvapi case, the lawyer of the Hindu side claimed, said – where was the fountain 352 years ago?
AUTO
Auto