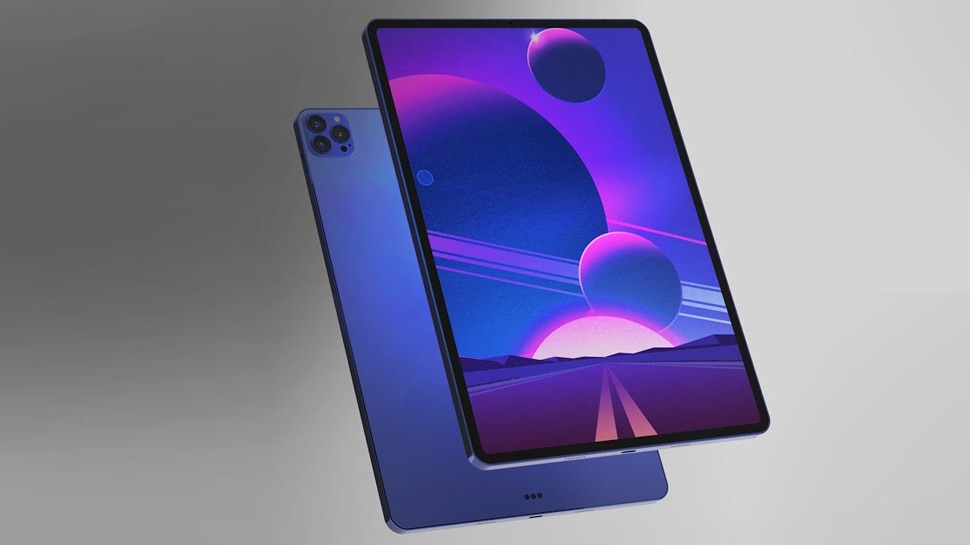 Apple is going to launch its iPad with the biggest display ever. The news has forced the fans to dance. Let’s know what details have been revealed about iPad Pro 2022 …

Apple’s iPad is a very popular product. The company launched iPad Pro last year which was powered by Apple Silicon M1 chipset which was launched for Mac devices. Now the technology giant is gearing up to launch a refreshed version of the iPad Pro in the coming months and a report claims that Apple will launch a new 14.1-inch display model. Let’s know about it…

If the report is true, it will be the company’s first tablet with the largest display size ever. As of now, the iPad Pro models are available in two sizes – 11-inch and 12.4-inch. Going by the rumours, the iPad Pro models launching this year will come with a base configuration of 16GB RAM and 512GB internal storage. This could make it the most powerful tablet in the market, especially if it is powered by the recently announced Apple Silicon’s M2 processor.

Apple did not disclose

The 11-inch and 12.9-inch models are not expected to see any major changes over their predecessors. There are reports that the 12.9-inch iPad Pro 2022 may come with narrower bezels. However, the launch timeline for the upcoming tablet has not been disclosed by Apple.

The device is likely to be launched alongside the next generation iPhone. The launch of Apple Watch Series 8 and Apple AirPods Pro 2 can also be seen in this event.