HomeEntertainmentAnupamaa Spoiler: The mountain of sorrows will break on the Shah family,...

Anupamaa Spoiler: The mountain of sorrows will break on the Shah family, this character will die in ‘Anupama’! 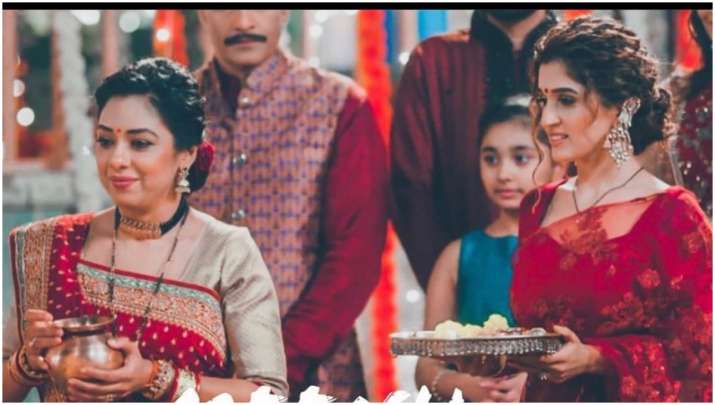 Anupamaa Spoiler The popular TV show ‘Anupama’ of the small screen world is constantly ruling the hearts of everyone. New dramas are being seen in ‘Anupama’. Ever since Anupama and Anuj got married, their new family has also started hatching their conspiracies.

On one hand, in the latest episode, Barkha gives her husband Ankush an entry in Anuj’s business. At the same time, GK is aware of Barkha’s wrong intentions. While Anupama is seen persuading Anuj to stay together. Barkha is stunned to see everything in Anupama’s hand.

From Barkha, she will now be seen working to dissolve poison in Anupama and Anuj’s life. On the other hand, if we talk about the Shah family, then in the coming days a bad news may come out for them. In fact, Nidhi Shah, who plays Anupama’s daughter-in-law and Kinjal in the show, may soon say goodbye to the serial.

Fans love the character of Nidhi Shah and she is going to become a mother soon in the show. But now it seems that Nidhi has made up her mind to say goodbye to this serial. If reports are to be believed, Kinjal will die in the upcoming episodes. With which Nidhi’s journey of ‘Anupama’ will end.

International Yoga Day 2022: Why Yoga Day is celebrated, how did it start?

Father’s Day 2022: Celebs are wishing father in a beautiful way, know who said what for father?