HomeEntertainmentAnupama: A death is about to happen in Anupama-Anuj's house before marriage!... 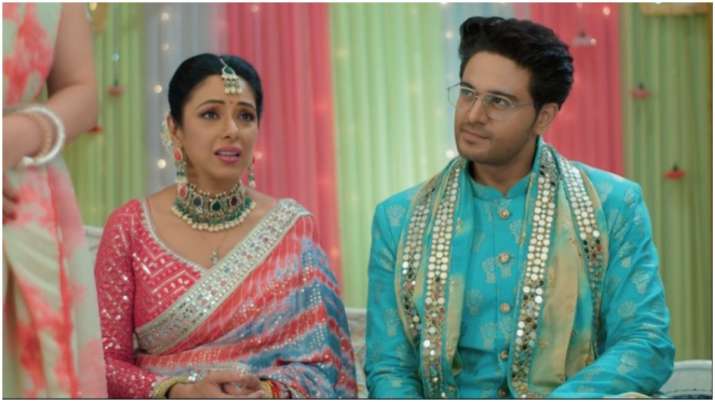 Anupama 11 May Episode: Serial Anupama remains on top of TRP every week and the reason for this is the story of the show. These days the wedding sequence of Anupama and Anuj is going on in the show. But in the meantime something is going to happen which seems that Anupama and Anuj will get married in the show. Actually Anuj and Anupama are celebrating their music and dancing to the superhit songs of 90s, but in the meantime Bapuji will start feeling dizzy and Bapuji will fall unconscious amidst the sangeet ceremony. Everyone will be upset when Bapuji faints. Anuj and Anupama will also be upset. After this, everyone will take Bapuji to the hospital and Vanraj will again accuse Anupama that Bapuji’s health has deteriorated because of him and now he will not allow this marriage to happen.

It will be interesting to see if Anupama and Anuj get married and if it happens then how will the wedding rituals take place. Fans love this show and Anupama and Anuj’s pair is very much liked by the fans.

Singer Mika Singh participated in Rupali Ganguly’s show ‘Anupama’ for the wedding sequence. Mika arrived on the show as a friend of Anuj’s character played by Gaurav Khanna and performed the title track of his upcoming show ‘Swayamvar – Mika Di Vohti’.

Seeing the love of the fans, Anupama’s prequel was released on OTT. In the 11-episode show, Rupali reprises her role opposite Sudhanshu Pandey, who is seen playing the role of her on-screen husband Vanraj. The episodes released in 11 days of the prequel will not be aired on television and will be streamed only on online platforms.

Anupama airs Monday to Friday at 10 PM on Star Plus.

Share
Facebook
Twitter
Pinterest
WhatsApp
Html code here! Replace this with any non empty raw html code and that's it.
Previous articleTVS bikes and scooters have become expensive since May, if you are going to buy then see how much has increased – News
Next articleAsani To Weaken Into Depression Off Odisha Coast, Wind Speed ​​Likely To Be 40-50 Kmph | Odisha
AUTO
Auto