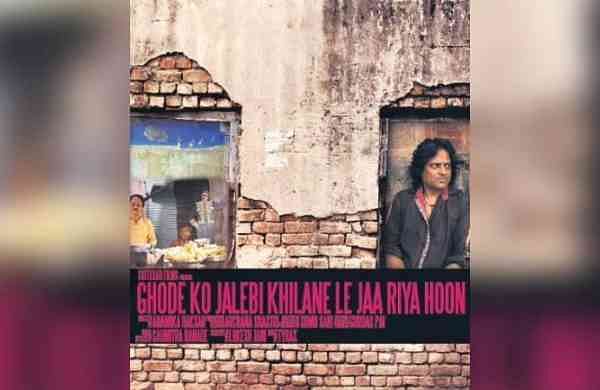 Theater director Anamika Haksar’s directorial debut Ghode Ko Jalebi Khilane Le Ja Riya Hoon (Taking The Horse To Eat Jalebi) will release on the big screen on June 10. The film had its premiere at the Mumbai International Film Festival and was the only Indian film selected for the exclusive New Frontier section at Sundance Film Festival 2019. It was slated to release in 2020 but got pushed due to the pandemic.

The film stars veteran theater artists like Ravindra Sahu, Raghubir Yadav, Lokesh Jain and K Gopalan. It tells the story of four main characters: a pickpocket, a vendor of sweet and savoury snacks, a labourer-activist, and a conductor of “Heritage Walks”. When Patru, the pickpocket, decides to take people on alternative walks, showing them the underbelly of the city, it causes trouble with local merchants and the police.

He then decides to conduct one last ‘Dream Walk’ but Lali, the labourer-activist, joins the fray, giving a speech urging workers to unite and lands them all in jail. The film has traveled to over 35 international and Indian festivals and won 6 awards, including, Best debut director, International Critics Jury Award, Best Script, Best Indian Cinema and special mention for cinematography.

“The film is a result of seven years of documentation of the lives of the street people of old Delhi – beggars, pickpockets, loaders, small scale factory workers, street singers, street vendors etc. I couldn’t release it due to Covid-19 and I am now delighted to collaborate with Platoon distribution for the India release,” said director Anamika. The film is produced by Gutterati Productions and distributed by Platoon One Films.

Share
Facebook
Twitter
Pinterest
WhatsApp
Html code here! Replace this with any non empty raw html code and that's it.
Previous articleProperties Of Vikas Dubey Being Sealed | Nation
Next articleWe must all definitely adopt instead of shop for pets: Mrunal Thakur
AUTO
Auto