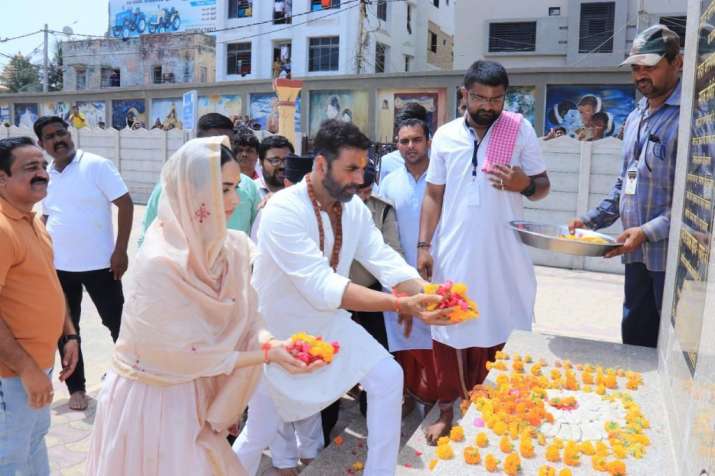 Akshay Kumar and Manushi Chhillar’s film ‘Samrat Prithviraj’ is going to release on June 3. Before the release of the film, the film’s actor Akshay Kumar, actress Manushi Chhillar and the film’s director Chandraprakash Dwivedi visited Lord Bholenath at the Somnath temple. The entire team offered prayers at the Somnath temple. During this, the team of the film placed the flag of Emperor Prithviraj in the temple and offered all the necessary things for Hindu worship to the God. 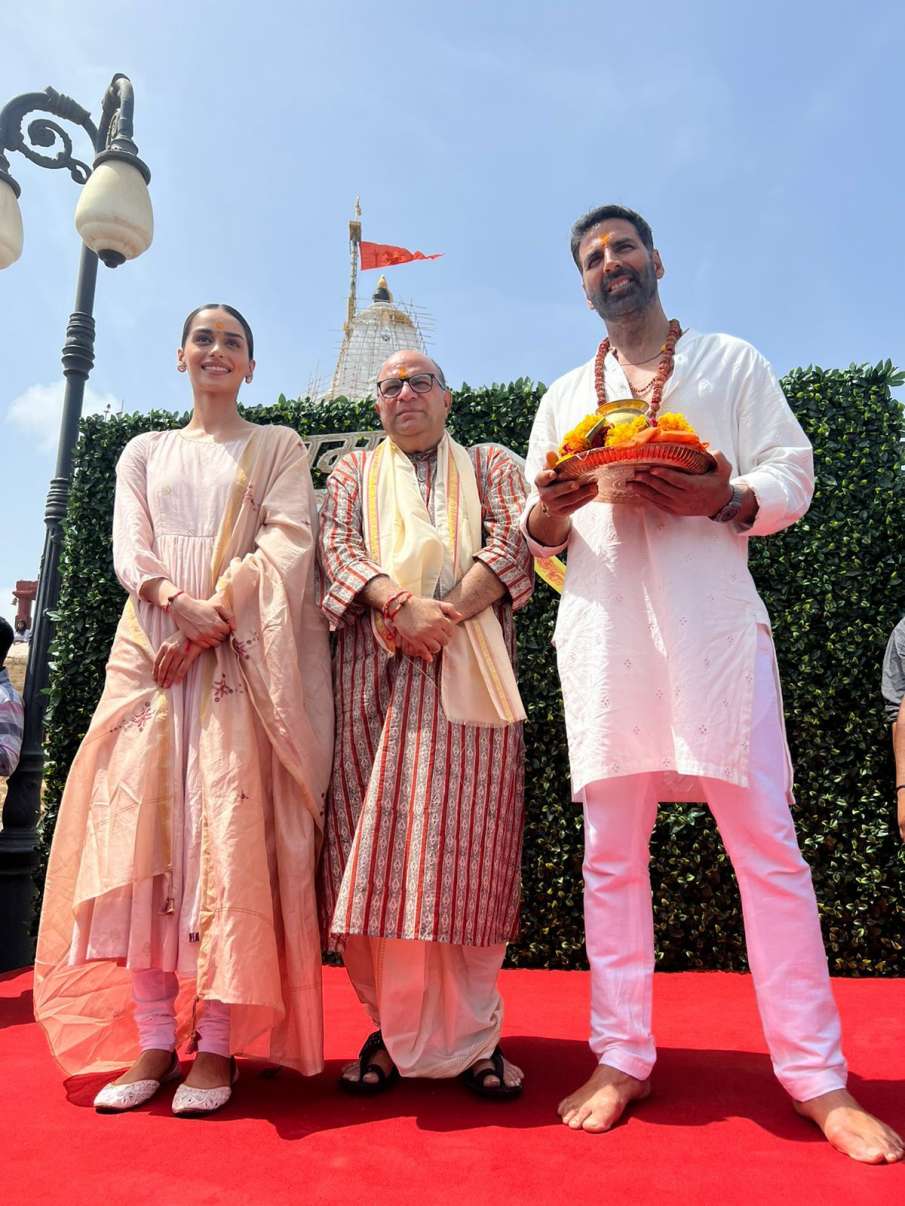 The team also offered milk to the Somnath Jyotirlinga and the milk was distributed among the poor after the puja. The film ‘Samrat Prithviraj’ is based on the life of Hindu emperor Prithviraj Chauhan. In this, Akshay Kumar is in the lead role, playing the role of a great warrior. Emperor Prithviraj fought valiantly to protect India from the ruthless invaders. 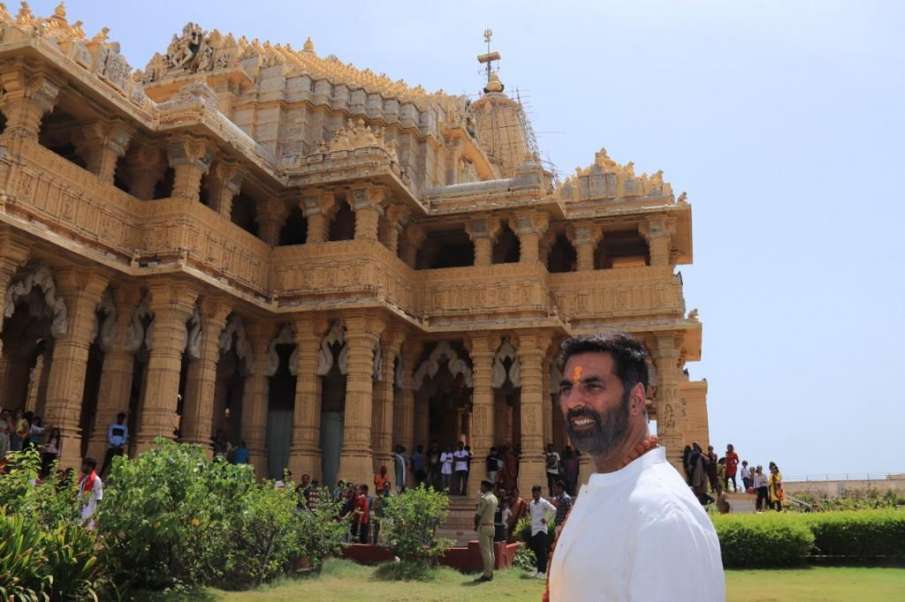 The film also stars the former Miss World of India ‘Manushi Chillar’ who plays Princess Sanyogita, the wife of King Prithviraj. The film is scheduled to release on June 3 in Hindi, Tamil and Telugu. 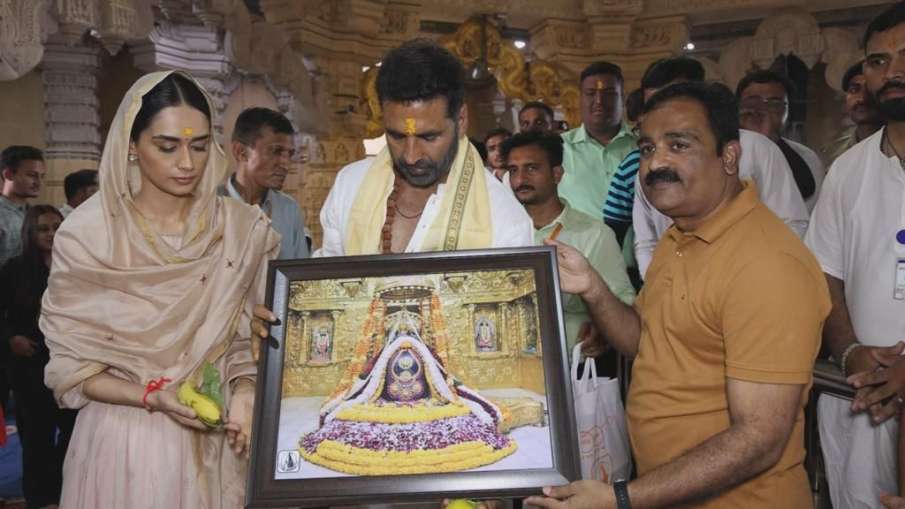