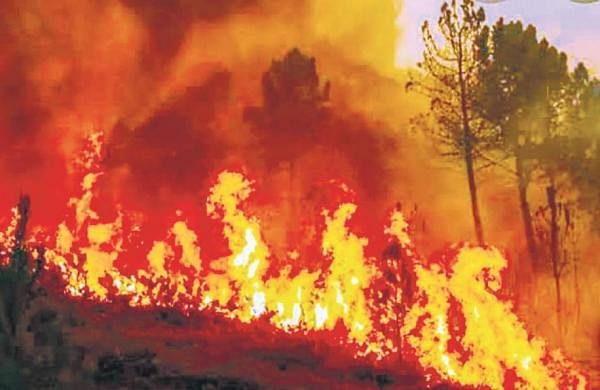 PESHAWAR: The Pakistan government on Sunday called for two helicopters “urgently” to extinguish a forest fire in the Swat region of Kyber Pakhtunkhwa province, a day after four people were killed in the blaze.

The four people of a family lost their lives in the wildfire that erupted in the remote area of Ali Jaan Kapraai of Shangla district on Saturday.

The request by the district administration and subsidiaries of Khyber-Pakhtunkhwa was made in an attempt to prevent the fire from spreading due to a high risk of dry weather and strong winds.

Authorities said fires had broken out in four different places in the mountains of Swat, adding that the incidents were increasing day by day due to the negligence of the departments concerned.

The incidents of forest fire have also increased in the mountains of Swat, Buner, Mingora, Shangla, and Chakesar.

Meanwhile, a raging fire in the Panjar area of Rawalpindi district has spread six to seven kilometres.