HomeEntertainmentAfter two children at the age of 54, Hansal Mehta marries his... 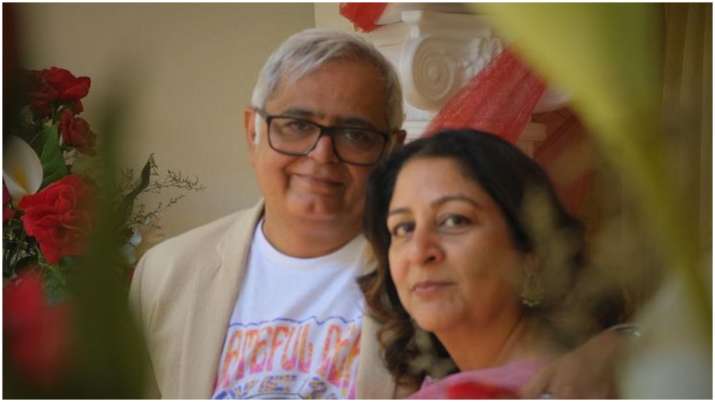 Hansal Mehta married his long time partner Safina Hussain. The filmmaker, known for films like Citylights, Aligarh and Omerta, shared the news on social media along with wedding pictures. He also shared that while the ceremony was sudden and unplanned, his vow was true. He ended his note on a positive note saying “Love prevails over everything else. And it is…”

“So 17 years later, after two kids, watching our sons grow up and chasing our dreams, we decided to get married. As usual in life it was unplanned and unplanned. Our vows came true. Finally Love overcomes everything else. And it’s done.”

The comment section of the post is filled with congratulatory messages from Hansal Mehta’s family, friends and colleagues in Bollywood. Reacting to the pictures, actor Rajkummar Rao, who was seen in Shahid’s film directed by Mehta, wrote, “Congratulations my favorite couple. You guys complete each other. I love you both.”

Manoj Bajpayee, who has worked with Mehta in films like Dil Pe Mat Le Yaar and Aligarh, commented, “Wow! Wow! Congratulations and best wishes to you both.”

Prateek Gandhi, who rose to fame with Mehta’s very popular and beloved series Scam 1992, also penned a special message for the couple. He wrote, “It’s lovely. Well it’s inspirational as well as pressure. @bhaminioza giving me the look I already heard.”

Happy Birthday Karan Johar: Karan Johar, who turned 50, has acted in these films with the direction

Many people wished Karan Johar a birthday, but Malaika’s style is going viral

‘Dayaben’ Disha Vakani became a mother for the second time, the news was coming back in ‘Taarak Mehta Ka Ooltah Chashmah’