After impressive drive this term, Jehan Daruvala earns chance to test with McLaren in England 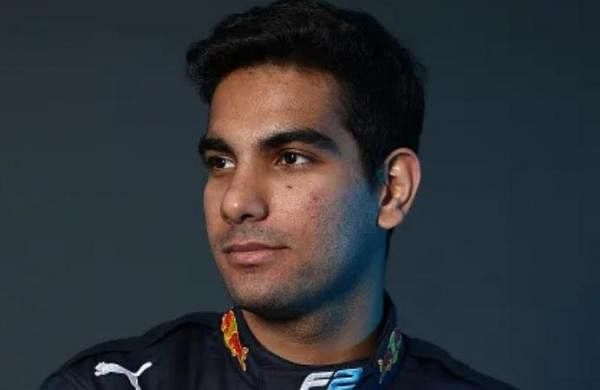 CHENNAI: Only two Indians – Narain Karthikeyan and Karun Chandok – in the rich history of Formula One, considered to be the pinnacle of motorsport, have had the rare opportunity to go full throttle and feel the buzz of the sport.

At present, Jehan Daruvala is India’s strongest hope to take that rare path. In his third year at Formula 2, a rung below F1, Jehan has been a consistent performer this season and currently sits third in the drivers’ standings.

A famed Formula One team has certainly taken notice of that. In a massive boost for Jehan and India, the 23-year-old will take part in a test with McLaren at Silverstone in England this week. The Indian will be driving McLaren’s car from the last F1 season (MCL35M). This will be the first time Jehan will be getting a feel of an F1 car.

Having dreamed about driving at the top level since his childhood, Jehan – who is supported by Mumbai Falcons – is thankful to get this chance.

Super excited and grateful for the opportunity to have my first experience in a Formula 1 car testing with @McLarenF1 this week!
A big thank you to the Red Bull Junior Team, my family, my support team, @MumbaiFalcons McLaren and to everyone who’s supported me along the way! pic.twitter.com/JuiQBkYCHU

“Super excited and grateful for the opportunity to have my first experience in a Formula 1 car testing with @McLarenF1 this week! A big thank you to the Red Bull Junior Team, my family, my support team, @MumbaiFalcons, McLaren and everyone who’s supported me along the way!” Jehan posted on Twitter.

The fact that he’s part of the Red Bull Racing Junior Team (since 2020) and competing for podium finishes in F2 itself speaks volumes about his talent. Sebastian Vettel, Max Verstappen and Pierre Gasly, to name a few, are some of the big names who were part of the talent program before going on to shine in F1.

But that is not to suggest that he’s guaranteed to follow suit. He still has a long road ahead. But the latest development is a step in the right direction for him. The fact that F1 teams are monitoring his races closely is a huge deal.

“Every driver going into F1 needs to test the previous year’s F1 car before they can test the current car. So it’s good that this is happening. The important thing is it’s with a top team. The teams are not going to choose any driver. It speaks volumes that Jehan is considered right up there for a top team to consider him. This is part of the process of getting prepared for F1. It shows where he is at the moment and we just have to hope things continue to progress,” Rayomand Banajee, who has known Jehan since his karting days, told The New Indian Express,

In his debut F2 season with team Carlin in 2020, Jehan had a slow start and struggled to garner points but he had finished on a high in Sakhir, securing his first win in the division. He had finished 12th in the overall standings with 72 points.

In 2021, he made a quick start and secured a podium finish in the very first race of the season in Sakhir. Later that year, he won at Monza (Italy). In the last round in Yas Island (UAE), he repeated the feat to finish 7th with 113 points in total.

The trend has continued this season. Representing Prema Racing this time, he currently sits third in the drivers’ overall standings after six rounds. With eight rounds remaining, he’s on course to record his best-ever finish. “Yes. Absolutely! The improvement has been there and he is one of the top contenders for the championship this year. So that shows that he’s right up there,” Rayomand said.

“The biggest advantage that he has is his hunger for wanting to do this is phenomenal. He has worked extremely hard and he has got a very good support system around him. The fact that he’s also talented makes a very good combination,” he said .

The talent that is evident and his willingness to test his limit could push Jehan to greater heights in the years to come.