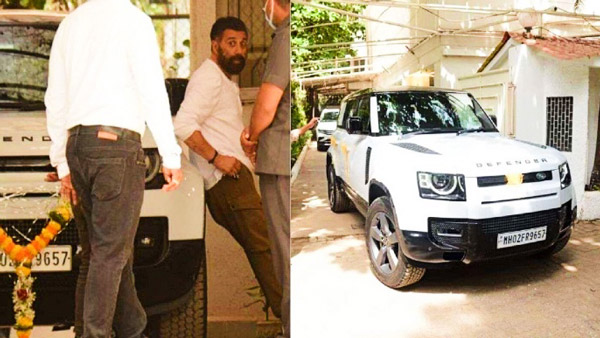 Sunny Deol has bought the white color shade of the SUV and has been spotted with her new vehicle as well. You might find it interesting that the entire Deol family loves Land Rover Range Rovers and many models of different generations can be found in their garages.

Picked up by Sunny Deol, this model looks to be the top-end version of the new Land Rover Defender 110 SUV. The price of this SUV is more than Rs 1 crore (ex-showroom). The Land Rover Defender has been given a strong aluminum intensive body, it has been designed in such a way that it can run on dangerous areas.

At the same time, it also provides maximum protection during this time. Now features like emergency braking, lane keep assist and rear collision monitor have been given in the Defender series. In terms of safety, the Land Rover Defender 110 gets 6 airbags, 3 ISOFIX mounting points, blind spot assist and 3D surround camera.

Apart from this, features like Clear Exit Monitor, Adaptive Cruise Controller, Driver Condition Monitor, Real Traffic Monitor, Traffic Sign Recognition, Adaptive Speed ​​Limiter and Wade Sensing have been given in it. The company’s Terrain Response System and 360 degree camera have been given in Land Rover Defender.

Over the years, Dharmendra and Deol’s family have amassed a fascinating collection of cars in their garage. Apart from the first car – the Fiat 1100, Dharmendra owns a number of high-end cars including Land Rover Range Rover SUVs. Dharmendra also owns classic models like the Mercedes-Benz SL500.