HomeAutoA brand new Moskvich car may turn out to be a renamed...

A brand new Moskvich car may turn out to be a renamed Chinese. Ministry of Industry and Trade and Moscow authorities are negotiating with JAC Motors, FAW and BYD – News 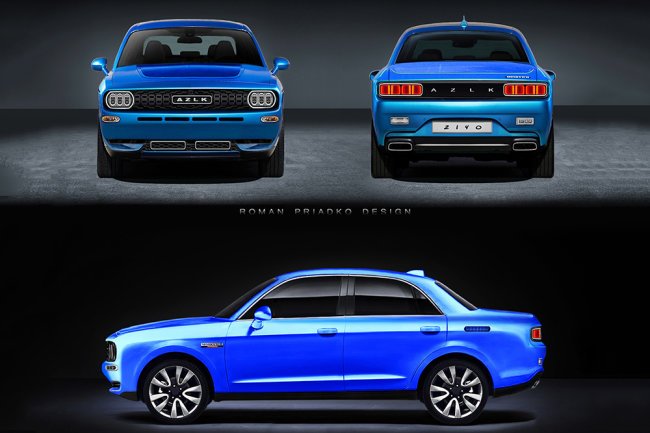 Almost immediately after it became known about the transfer of the Moscow Renault plant to the balance of Moscow, officials at various levels began to talk about the fact that the company would begin to assemble completely new Moskvich cars by the end of this year – modern, inexpensive, and possibly even electric . Experts doubted such a development of events: in view of its technical equipment of the plant (for example, it does not have a metal stamping shop), and specialization in specific Renault models, and, in the end, the unrealistic timing of the start of production of a new model. But now the situation is beginning to clear up. Apparently, there will be no new model.

According to Izvestia, citing its sources in the car market, the Moscow authorities, the Ministry of Industry and Trade and KamAZ are negotiating with automakers from China to produce their cars at the vacated facilities of the former Moscow Renault plant. Discussions are ongoing, including with JAC Motors, FAW and BYD. Other enterprises from China are also participating in the negotiations, one of the sources said. Vedomosti writes about the same: KamAZ is negotiating with its current partner, the JAC automaker (KamAZ Compass is a Chinese JAC N-Series adapted for Russia), and the Moscow authorities are working on cooperation with another Chinese automaker. At the same time, representatives of the Russian offices of Haval, Chery and Geely told Izvestia that their companies are not negotiating the Moskvich brand or the Renault plant.

According to Izvestia’s interlocutors, the idea is to use one of the Chinese auto platforms for a new model, which will be produced under the brand name of the Moskvich plant itself. Now part of the welding shop is being dismantled there – the line for the production of Renault Duster crossovers will be moved to Tolyatti, where this model will continue to be assembled by AvtoVAZ, but under the Lada brand.

The authorities are planning to complete negotiations with potential Chinese partners within two weeks – while the plant’s documents are being reissued. “If it is not possible to reach an agreement with companies from China, then KamAZ will take over the production on its own. But in this case, it will take a long time to wait for the release of the car, since the manufacturer does not have its own certified models in the passenger segment.”one of the interlocutors explained.

The only passenger car model, which is being developed by the shareholders of KamAZ, today exists only in the project. This is a compact urban electric car “Kama”. Its prototype was shown back in December 2020, recalled SBS Consulting expert Dmitry Babansky. “But in the short term, the production of Kama is impossible. And KamAZ itself said that the launch of production is scheduled for 2024–2025.”the expert noted.

Chinese cars JAC, FAW and BYD are still poorly represented in Russia. According to Avtostat Info, sales of the FAW brand increased by 10% in 2021, to 2199 units, JAC almost tripled, to 1791, only 25 units were imported by BYD (they were not imported in 2020). Sergey Udalov, executive director of the Avtostat analytical agency, found it difficult to say which particular model of the concerns considered for partnership could be chosen for the future Moskvich. “All three brands have a fairly wide range of models. The choice will depend on who will be able to agree on conditions, benefits, as well as on the possibilities for the logistics of components, assembly. Most likely, it will be assembly, not production, at Moskvich. To begin with – large-nodal “– Sergey Udalov suggested.

Dmitry Babansky agrees that a deep localization of production at Moskvich is hardly possible now: for example, the plant does not have stamping capacities, and the search for alternative suppliers will take some time. “Therefore, it is easier, of course, to supply car kits at the initial stage in order to keep the plant busy”– concluded Dmitry Babansky.

In general, there will be no new original Moskvich – there is simply no such prototype in the country that could be put on the conveyor this year. Or at least the next one. So with a high degree of probability, the new “Moskvich” will be a turned Chinese. Which one – we will find out within a couple of weeks.