HomeMobiles5G Smartphone looking 'across' is coming to stir, design cool and features...

5G Smartphone looking ‘across’ is coming to stir, design cool and features tremendous; know everything – News 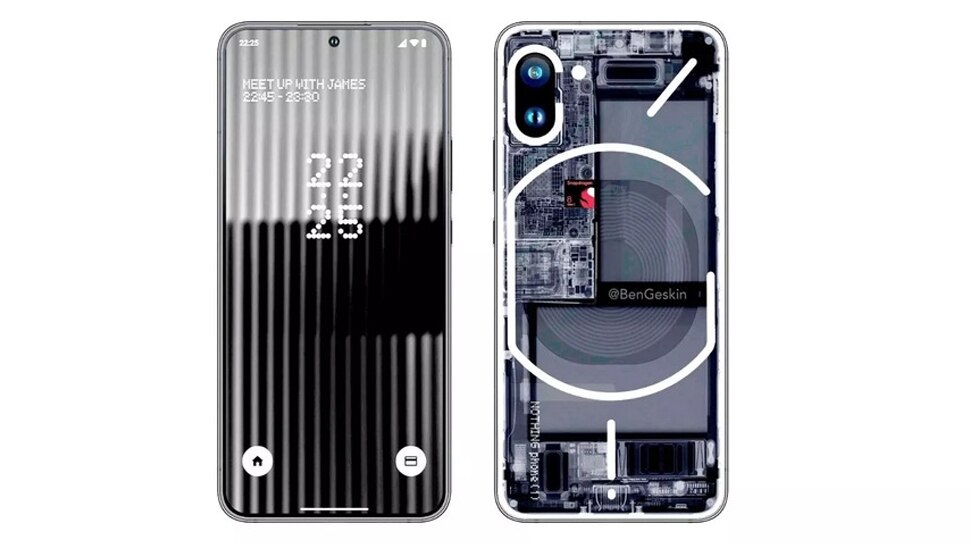 If you are crazy about smartphones and have a little knowledge, then you must have heard about Nothing Phone (1). Nothing has been revealed about the smartphone yet, but we already know that it has a transparent back and will come with a Snapdragon processor. There is still some time for the launch. But Nothing Phone (1) has been certified by Singapore’s IMDA certification website.

The alleged IMDA listing of Nothing Phone (1) was first shared on Twitter by tipster Mukul Sharma (@Stufflistings). This suggests that the upcoming smartphone will carry the model number A063. The listing also reveals that it is a 5G mobile phone and comes with Bluetooth, WiFi and NFC functionality.

Will launch soon in India

In another tweet, Sharma confirmed that Nothing Phone (1) is currently in the private trial stage in several Asian countries, including but not limited to Indonesia, India and Malaysia. Notably, the smartphone was reported to be in the final testing phase in India in May, so it is possible that the handset will be launched in India before the rest of the world.

phone will be thin

As mentioned above, the Nothing Phone (1) will sport a transparent back and an aluminum frame. Which means it will have a slim bottom bezel.

What’s special about Nothing Phone (1)?

The phone will take power from the Snapdragon chipset. However, it is expected that there will be Snapdragon 7 Gen 1 Soc. On the software front, Nothing Phone (1) will run the in-house Nothing OS based on Android 12. Apart from this, the smartphone will get 3 years of OS updates and 4 years of security updates, which is good but not the best. As of now, there is no information about the other technical specs of the smartphone. As per the previous reports, the Nothing Phone (1) will launch on July 21.

Share
Facebook
Twitter
Pinterest
WhatsApp
Html code here! Replace this with any non empty raw html code and that's it.
Previous articleSuzuki and Toyota jointly bringing new SUV Hyryder, Creta-Seltos will get a challenge – News
Next articleSmartphone Offers: If you want to buy a OnePlus smartphone, just look at this offer, you can get up to 10 thousand off – News
AUTO
Auto