HomeAuto2023 BMW 3 Series facelift sedan revealed, the company has made many...

2023 BMW 3 Series facelift sedan revealed, the company has made many changes in the interior – News 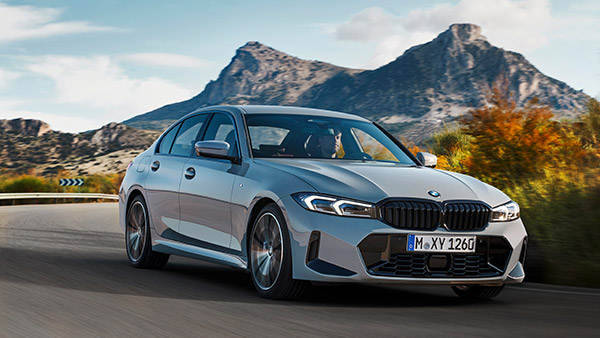 Coming to the design of the new 2023 BMW 3 Series, the car now uses a wider kidney grille at the front, which has been introduced along with a new pair of headlamps with fresh LED elements. Apart from this, BMW has also updated the bumper.

A large air dam has been used in the center of the new bumper along with L-shaped corner vents at both the ends. While the rear profile remains mostly the same as the current model, with minor changes to the rear bumper and LED taillights.

Most of the updates on the BMW 3 Series facelift are seen in its interiors. The luxury sedan now sports a massive curved display that seamlessly integrates a 12.3-inch digital instrument cluster and 14.9-inch touchscreen infotainment unit.

The unit now runs on the latest iDrive 8 system, with smartphone-style appearance, improved voice commands and new digital features for both driver and passenger use. Apart from this, the new BMW 3 Series facelift has also been introduced with an updated dashboard layout.

Slimer AC vents are seen below the curved display of this car. The auto climate control function inside the car has now been shifted to the center console, while the gear selector has been replaced with a smaller toggle lever.

Talking about its engine, the 2023 BMW 3 Series facelift has been introduced in the market along with the engine options of the outgoing model. Let us tell you that in the Indian market, the company is currently offering a total of three engine options with this sedan, which includes both petrol and diesel.

All these engines are mated to an 8-speed automatic transmission. The 2023 BMW 3 Series facelift will go on sale in the USA in July before being introduced in other international markets. After this, this car will be launched in other markets including India.