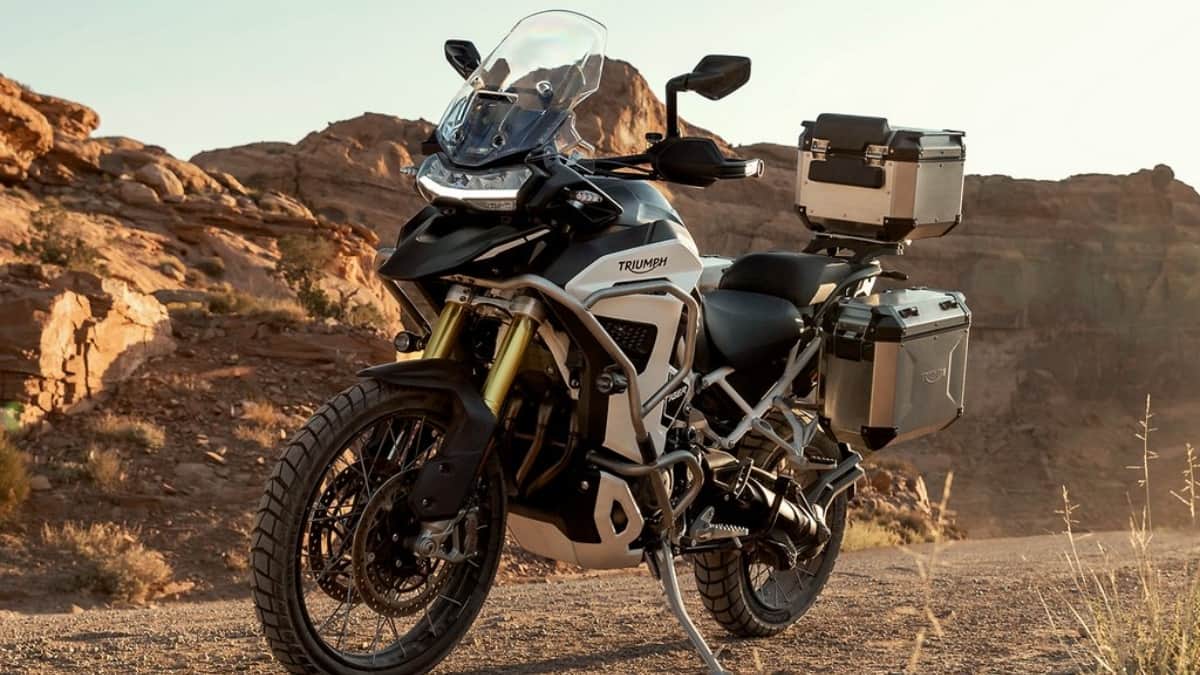 2022 Triumph Tiger 1200: Triumph Motorcycles India is preparing to launch its new bike Tiger 1200 in the Indian market. It was introduced globally in December 2021. Now the company is going to launch it in the Indian market on 24 May. The pre-bookings of the new Tiger 1200 have already started and along with this, the company has now also announced its official launch date. Many major changes have been made in Triumph’s Tiger 1200 bike with great features.

The new generation Triumph Tiger 1200 gets completely new styling, new powertrain and many other great features. The company has officially confirmed that it will be offered in India in a total of four variants, which include GT Pro, GT Explorer, Rally Pro and Rally Explorer.

The best features will be available with the new styling

The new generation Triumph Tiger 1200 gets completely new styling, new powertrain and many other great features. The bike is powered by a new 1,160cc inline three-cylinder engine with T-plane firing order. This motor generates power of 150 hp at 9,000 RPM and peak torque of 130 Nm at 7,000 RPM. The engine comes mated to a 6-speed manual gearbox and Triumph says the new Tiger 1200 is the most powerful adventure motorcycle ever. According to the information, the new Tiger 1200 road-biased GT version weighs 240 kg and the off-road-focused rally range weighs 265 kg.

These bikes will compete

The new Tiger 1200 will get electronically controlled Showa semi-active suspension, while braking duties will be done by Brembo Stilma callipers. Talking about the features, it will get a lot more including smartphone connectivity, GoPro controls and a new 7.0-inch TFT display. When launched, this bike will compete with bikes like BMW R 1250 GS, Ducati Multistrada V4 and Honda Africa Twin.