HomeAuto2022 Maruti Brezza - Know what will be new, how many changes...

2022 Maruti Brezza – Know what will be new, how many changes will come? – News 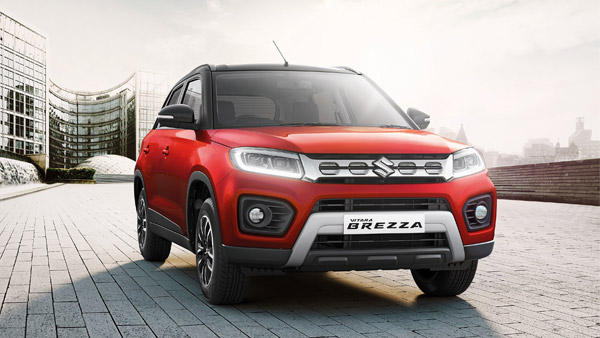 The bookings for the 2022 Maruti Brezza may start soon, with it currently being dispatched to dealerships across the country. Many of its details have come to the fore from the pictures that surfaced, in which it can be seen in a new avatar. The most popular model in its segment has been lagging behind for some time now and customers will be tempted with new updates.

First of all, if we talk about its design, then the front part will be given a new avatar. It will get two black grilles, along with the newly designed headlight cluster and LED DRLs. The newly designed bumper will get a new fog light housing and a silver skid plate, which adds to the feel of the SUV.

The new Brezza will have a better dashboard than before, while a brown insert will be seen in the middle. It will get a larger 9-inch touchscreen infotainment system, along with a modern heads-up display and flat-bottom steering. On the other hand, keeping in mind the features, 360 degree camera, automatic climate control, a 12 volt socket and push start/stop button will be given.

The biggest thing is that for the first time, a sunroof will be given in it, which has now become a common thing in small cars. Along with this, the standard airbag can be increased in terms of safety. Maruti Suzuki has recently updated many of its models with 6 airbags and 4 airbags as standard.

As for the engine, hardly any changes will be made in it. The company is going to give it the existing 1.5 liter petrol engine which comes with 103 bhp and 138 newton meter torque. At the same time, 5-speed manual and four-speed torque converter automatic gearbox are provided with this engine, although the option of 6-speed automatic gearbox can be found in it.

Along with this, the company is also going to offer SHVS mild hybrid technology in Brezza. There was also news that the company can also bring CNG in it, but till now no confirmed information has been received about it. At present, the CNG option is not available in any model among its competitors.

The arrival of the Maruti Suzuki Brezza in a new avatar is great news but will these changes be enough or are the customers looking for an extra factor? At the same time, with the new changes, its price will also increase, now whether it will be in the range of customers or not will have to wait till June 30 to get the answer.