HomeAuto2022 Kawasaki Versys 650 to be launched this month, know what updates...

2022 Kawasaki Versys 650 to be launched this month, know what updates will be available – News 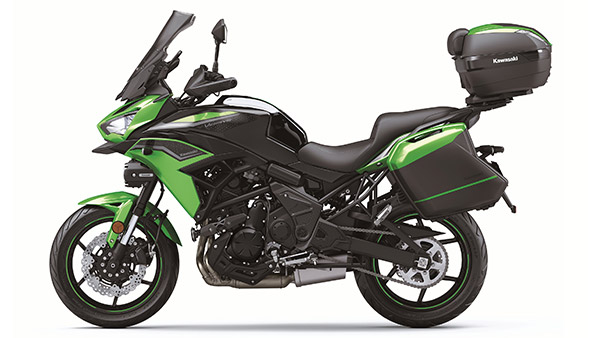 The Kawasaki Versys 650 will come with a new sharper fairing that will be inspired by the Versys 1000. It will get twin LED headlights and a new four-way adjustable windscreen. Apart from this, the new Versys 650 will also get a new engine cowl and new graphics to give it a slightly different look from the old model. Apart from this, the complete bodywork of the bike is going to be the same as before.

The engine of the new Kawasaki Versys 650 is not being changed or updated in any way. It will come with the same 649cc, parallel-twin engine as before that generates 66 Bhp of power and 61 Nm of torque.

Talking about brakes, it has dual disc brake at the front and single disc brake at the rear. The brake system of the bike is equipped with dual channel ABS. The new Kawasaki Versys 650 will compete with the Triumph Tiger Sport 660.

What will be the price?

Kawasaki India recently announced a discount of Rs 70,000 on this bike, taking the price to Rs 6.45 lakh. However, this offer was available only till last month. As far as the launch of the new Versys 650 is concerned, we expect Kawasaki to launch the bike by the end of this month.

Share
Facebook
Twitter
Pinterest
WhatsApp
Html code here! Replace this with any non empty raw html code and that's it.
Previous articleAustralian blind cricketer Steffan Nero blasts world-record unbeaten 309 against NZ News
Next articleFAQ: What will be the future of Agniveers after four years? How will the army run with the help of Agniveers? every answer here
AUTO
Auto