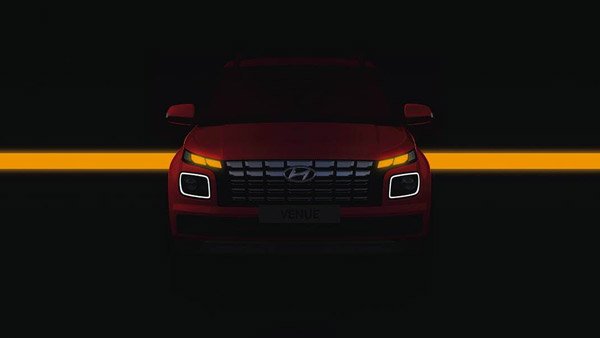 New Hyundai Venue Facelift: The two biggest changes at the front are the grille and the fog lamps. From the front, the company has removed the fog lamps, the bumper gets only black matte finished skit plate at the bottom, which makes the bumper look like a changed one.

2022 Hyundai Venue Facelift First Look Review: The compact SUV segment is evolving very fast and the competition is also increasing. In such a situation, the vehicles of this segment which are already present in the market, they needed to be updated to last for a long time and now companies are gradually updating them. On June 16, Hyundai also launched the facelift version of its Venue. We also attended the launch where we got an official first look at the new 2022 Hyundai Venue facelift. However, many pictures of it were leaked even before the launch. But, when we saw it on June 16, the car got a lot newer than before. Many major cosmetic and technology-related changes have been found in this.

The two biggest changes at the front are the grille and the fog lamps. From the front, the company has removed the fog lamps, the bumper gets only black matte finished skit plate at the bottom, which makes the bumper look like a changed one. Apart from this, the company has made its grill in such a way that you will feel that you have seen it somewhere before. This is somewhat of a grille like the one you get to see in the Hyundai Tucson. The design seems to be picked up from the same, however, it is quite different and comes in chrome finish. Apart from this, circular DRLs are available in it as before but now projector headlamps are available, earlier halogens were available. Apart from this, three piece design halogen indicators have been given.

No major changes are seen on the side of the 2022 Hyundai Venue facelift. The biggest change on the side is seen only in the diamond cut alloy wheels. Now the company has given 16 inch alloy wheels in diamond cut design in it. These diamond cut alloy wheels are quite suiting with the overall design of the car. These give the car a slightly sporty look on the side. Apart from this, there is a slight change at the bottom of the side of the car, it has been given rockers. Apart from this, the door handles get chrome, which was also available earlier. An attempt has been made to keep many elements boxy in this. Front to rear, the boxiness is visible in the car, which will be seen everywhere from the front grille and headlamps to the side and rear light positioning.

The biggest change in its rear has been done in the taillight. It gets a connecting taillight, which may remind you of the Kia Sonet or a similar taillight can be seen in Hyundai’s Creta. Its connecting taillight makes a somewhat ‘H’ form, which you can take for Hyundai’s H but nothing has been said by the company. The rear bumper gets a lot of black matte finished elements and also gets reflectors. You also get puddle lamps at the bottom on the side mirrors. Check out pictures of New Hyundai Venue-

There are quite a few minor changes in the interior of the car. As before, a lot of hard plastic has been used. Although the quality is good. A little soft touch is also available on the window. One of the biggest changes inside is its cluster. The car gets a fully digital cluster, which was not available earlier. In this, the colors also change according to the mode. In the digital cluster, you get many things like mode, gear, tire pressure along with speed. Apart from this, all the usual features are available in it. You get to see some similar digital cluster in i20 or otherwise.

The steering of the 2022 Hyundai Venue facelift has changed a lot. It has been given bottom plate steering. If you have seen the steering of the Hyundai Creta, you will be reminded of it just by looking at it. A lot of controls are available on the steering. Cruise control buttons are found on the right side and MID buttons are found. Then, on the left side, you get buttons related to Mode and Music. It gets an air purifier like the Creta, which also gets a button on the hand rest to turn it off. Its 8-inch touchscreen runs quite smoothly, with the biggest update being that it can operate in 10 regional languages. If you want, you can use it in Hindi also. We have liked it a lot.

As of now, we haven’t test drive it yet, so it is difficult to tell anything about its drive experience. But, the company has given three engine options in it, which is Kappa 1.2 liter MPi petrol, Kappa 1.0 liter Turbo GDi petrol engine and U2 1.5 CRDi diesel engine. In these, the option of five-speed manual, six-speed manual, six-speed IMT and 7-speed DCT transmission is available. It gets three drive modes – Eco, Sports and Normal mode, which will be experienced during the test drive. The price of the car starts from Rs 7.53 lakh and goes up to Rs 12.47 lakh.