HomeAuto100 km electric bike will be launched soon, will be equipped with...

100 km electric bike will be launched soon, will be equipped with many modern features including bluetooth – News 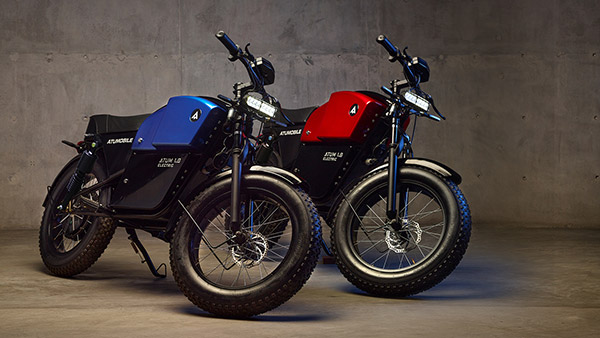 According to the information shared by the company, the AtumVader e-bike will be offered with a 2.4 kWh lithium-ion battery. This bike will be built on a tubular frame and all types of lighting will be in LED.

The company claims that the AtumVader will be the country’s first high-speed electric cafe racer bike, which will be designed and built in India. According to the information, the top speed of this e-bike will be 65 kilometers per hour and it can be driven up to 100 kilometers on full charge.

Clutch and leg brake will not be given in this bike, hand brake will be given to stop it. This bike will also be equipped with many modern features. It will get new features like full-LCD digital screen, two disc brakes, anti-theft alarm, geo-fencing, Bluetooth, remote lock.

The company is going to use up to 90 percent of the equipment made in local factories in the production of this bike. Let us tell you that AtumVader is the company’s second electric bike. Earlier, the company had launched the Atum 1.0 e-bike and the company has already received bookings for 1,000 units.

It has launched its high speed electric bike Oben Rorr at a price of Rs 99,999. The company claims that it is as capable as any 150cc petrol bike. The maximum speed of this bike is 100 kilometers per hour, due to which it can be easily driven even on the highway.

Looking at the Oben Rör electric motorcycle, you would have no idea that it is an electric bike. All the lighting in this is given in LED. For safety in the bike, disc brakes have been installed on both the wheels. It gets 17-inch alloy wheels and tubeless tyres. To power the Oben Rör, it is powered by a powerful 4.4 kWh lithium-ion battery. This bike can produce a peak torque of 62 Newton meters, which is the same torque as an 800cc bike.

The company claims that on a single charge, this bike can be driven up to 200 kilometers. At the same time, it takes 120 minutes i.e. two hours to fully charge its battery. A fast charger has also been made available to charge the bike.

Share
Facebook
Twitter
Pinterest
WhatsApp
Html code here! Replace this with any non empty raw html code and that's it.
Previous articleBharat FIH IPO: Bharat FIH, which makes mobile handsets for Xiaomi and Nokia, is coming up with an IPO – News
Next articlePakistan-IMF talks on the verge of a breakthrough News
AUTO
Auto